We read a funny book in our class about two crazy inventors who made a robot. We decided that we could become inventors and make our own robots. Teacher gave us lots of materials to build robots with like lego, blocks, cubes, the marble run… And we experimented with these to make our inventions. 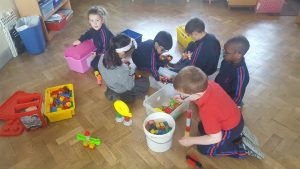 Some people even made two robots! 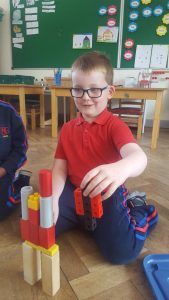 Things started to heat up when one of the boys made a robot that could move. It’s head could turn from side to side and it’s arms could move up and down. So then we all tried to make moving robots. 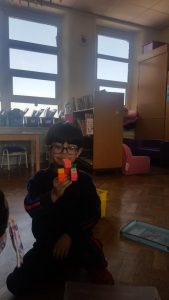 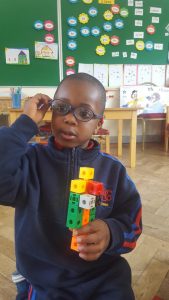 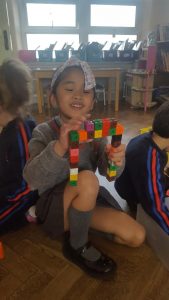 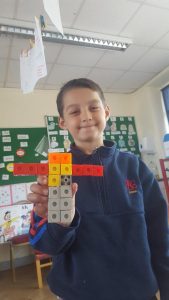 One of the girls decided to make a castle for her robot. 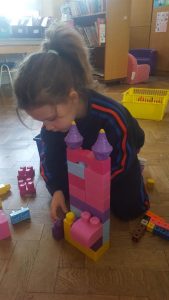 Then the robots even decided to talk to each other in robot voices. 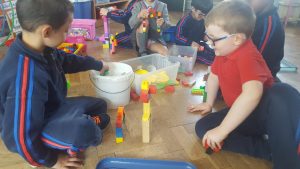 We have decided that the next time we put on our inventor hats, we will make monsters. So exciting!!!