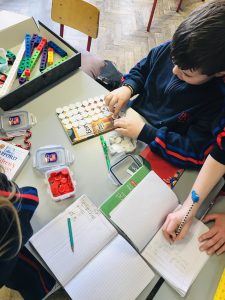 We used linking cubes and counters to measure the area of different items in our classroom! 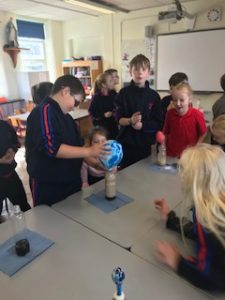 We attempted to make gas explosions in school on Friday. There was loads of excitement in class!

We read about Horrid Henry and the mega mean time machine this week, so we decided to design and build our own time machines using our STEM bins.

We put honey, golden syrup, washing up liquid, water, oil and hand sanitiser into a clear plastic bottle to prove that all liquids have different weights. This is known as liquid density. 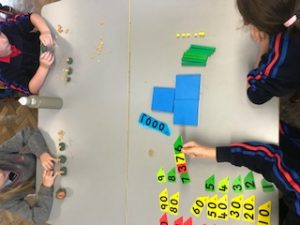 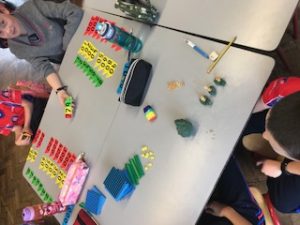 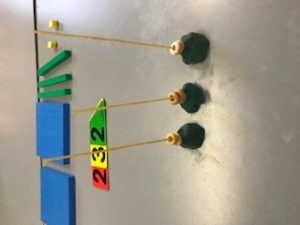 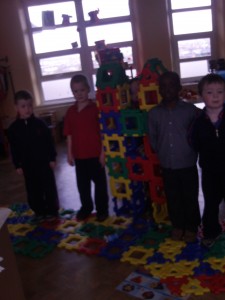 We made a Dinosaur Island! How many Dinosaurs can you see hiding? 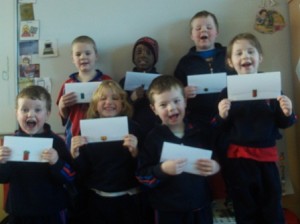 We wrote letters to Santa. 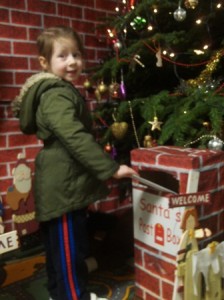 Lily is posting her letter to the North Pole. She wants Sofia the first in Winter! 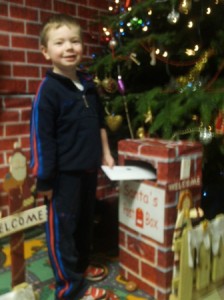 Alex is posting his letter to Santa. He is hoping to get a batman cave. 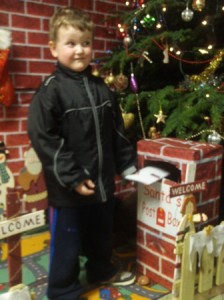 Cathal hopes that Santa will bring him a tablet. 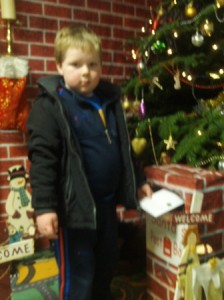 Sean wants Santa to bring him a lego Robot. 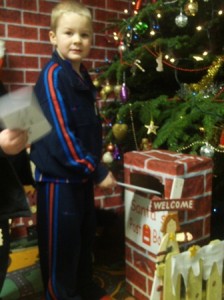 Dean wrote to Santa to look for ninja turtles. 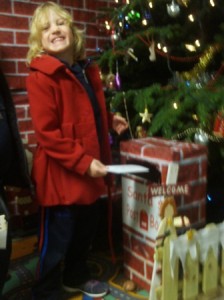 Ciara wrote in her letter that she wanted Simpsons lego. 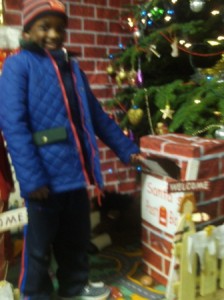 Oriola posted his letter to Santa. Oriola wants a tablet for Christmas.