Andrew Cotter was presented with an award recognising his outstanding Gaeilge achievements at his 6th class graduation. Is gaeilgeoir den scoth é. 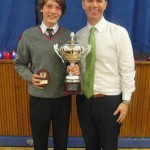 Ending on the right note!

A group of 6th class pupils received certificates at their graduation ceremony to mark their contribution to music while they attended Greenmount N.S. 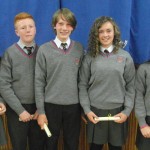 Morgan Kelly Cooper received an award for outstanding achievement in the area of music at her Graduation Ceremony. 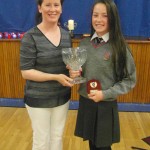 Adam Murphy received the male pupil of the year award. 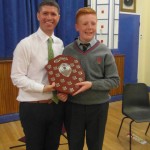 Leighann Singleton received the female pupil of the year award. 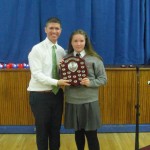 6th class pupils were presented with chess awards at their Graduation Ceremony. 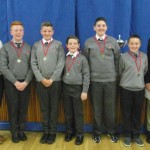 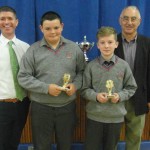 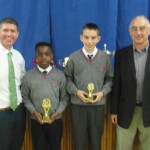 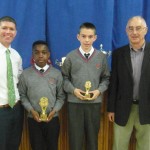 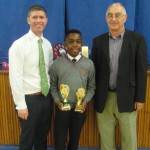 Well done to Mickey and Mira who were finalists in the City Council’s Anti Dog Fouling Art Competition. 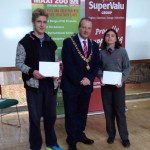 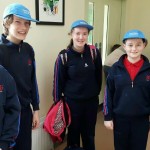 Our school basketball team received a great boost recently with success at a Cork schools blitz. Fr. Mathew players, Mai O’Leary and Dearbhla Breen visited the team to present them with certificates for their achievement. The team were further honored with a lovely write up in the Evening Echo. 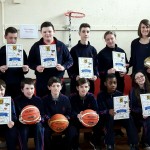 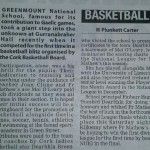 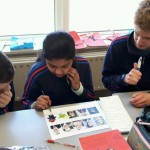 5th and 6th class pupils had the honour of meeting author, Michael Morpurgo in City Hall on November 3rd. Michael has written over 120 novels, many of which can be found in our school library. 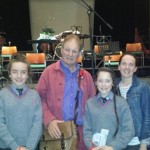