On Thursday the 16th of November our class had a really enjoyable morning with Maurice Dineen who is Ryan’s Dad. We have been learning about the World Wars and Maurice spoke to use about his family members who took part in World War I and 2.Maurice brought in an amazing amount of historical items and we were all fascinated by his stories. We heard of Ryan’s three great gran uncles who died in World War I and looked at their death certificates, mortuary cards and other paraphernalia including their war medals and we even got to see a soldiers small book belonging to Ryan’s great gran uncle John Roche. We were also fascinated to see a little tin box which the Queen gave as a present to the soldiers filled with either cigarettes or chocolate. We had such an enjoyable morning and learned loads. In fact we have been so inspired that we decided to do a class project on World War II and we would like to invite parents and relatives of our class to come to the halla next Friday December 1st to have a look at all our hard work.

Thanks so much to Maurice and Ryan. Looking forward to seeing lots of you on Friday!! 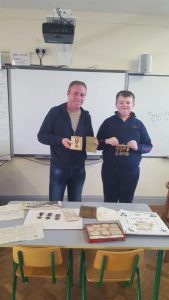 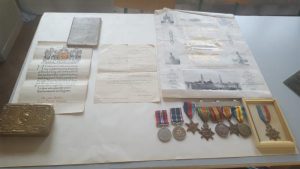 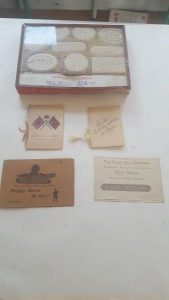